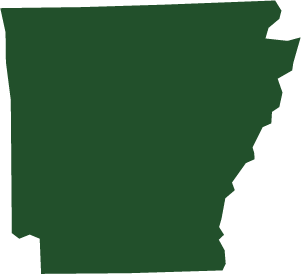 In 2016, nearly half of beneficiaries in Arkansas’s Medicaid home and community based services (HCBS) program experienced unexpected and dramatic cuts to their care. After hearing directly from beneficiaries, Legal Aid of Arkansas filed a federal lawsuit, which revealed that the state was using an algorithm called Resource Utilization Groups (RUGs) to determine people’s care needs. RUGs assigned insufficient hours of care to people at all levels of medical need. After the federal court determined the state had violated due process requirements, the state suspended care reductions for several months and revised its notices of adverse action. Further advocacy efforts revealed that, apart from providing insufficient levels of care, the algorithm did not account for certain medical conditions and other factors—a mistake that caused incorrect calculations for hundreds of people. A later state lawsuit invalidated the algorithm entirely on rulemaking grounds, and affected communities persuaded elected officials to abandon the algorithm.

Advocates learned about the RUGs algorithm directly from people who lost hours of care, but only after the system had already been implemented. Because of this, the strategy involved litigation on their behalf—including an analysis of the algorithm obtained during discovery—and a media strategy centering self-advocates and beneficiaries.

The RUGs algorithm was invalidated by a state court and later rejected by elected officials. Litigation and representation in administrative hearings enabled some beneficiaries to retain previous care levels through the time RUGs was in effect.

Starting in 2019, the state replaced the RUGs with a different system for assessments, eligibility, and care allocation. A healthcare-focused consulting firm, Optum, developed an assessment tool called ARIA (Arkansas Independent Assessment). The state uses that assessment to determine eligibility and to set an individual budget cap that limits the cost of services someone can receive—regardless of actual care needs. The state determines a person’s care needs by using a time-task tool that outlines a set number of minutes for each care task. The new system has been designed for a different set of people, leaving over a quarter of those in Arkansas’s program determined wholly ineligible for care. Many of the people still eligible for services have their care limited by the budget caps and time-task tool.

What Happens When An Algorithm Cuts Your Healthcare - The Verge (2018)

This guide will help you start piecing together why and how benefits tech is being used and how it is impacting people.

A guide for people have had their benefits denied, reduced, or terminated with public benefits technology used as part of the decision process.