Understanding the Lifecycle of Benefits Technology

Advocates, people getting benefits, and other community members often only find out about benefits tech issues when people start getting denied benefits or having their existing benefits cut — but benefits tech does not appear out of nowhere. There’s a lifecycle to the development of these technologies, which we have identified as the agency devising a plan, contracting to build or purchase technology, building that technology, and then operating it. Most of the time, advocates are only engaging at the end of this lifecycle, after a technology system is already operational. We are trying to change that. 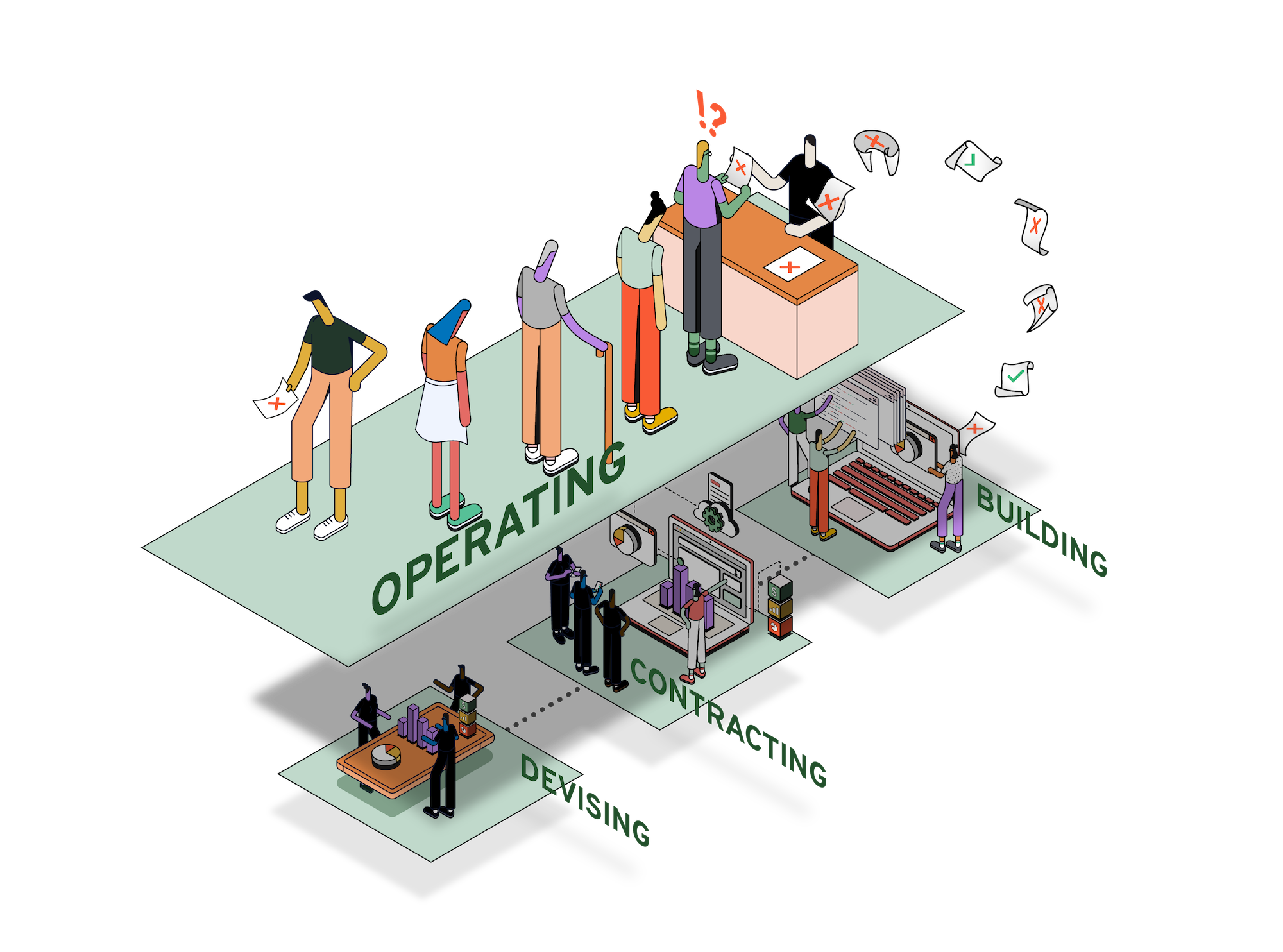 Understanding where you are in this lifecycle will shape your advocacy. At each of the four lifecycle phases there are limited formal ways to find out about or actively weigh in on benefits tech. Intervening early is especially important since benefits tech systems tend to stick around and are much more difficult to change after they are designed and implemented, especially because the state has heavily invested in them. In the short-term, this website’s resources will help advocates intervene earlier in the lifecycle, with the longer-term goal of changing the advocacy landscape so people getting benefits and other advocates can have meaningful input throughout the lifecycle.

During this phase, agency officials are considering new benefits tech systems or making changes to existing ones. Agencies typically use requests for proposals (RFPs) to purchase or build the systems. Intervening before RFPs are issued is a good start, since defining the problem involves political choices about the priorities in benefits tech development or whether tech should be used at all. And, making changes after the Devising phase can be much more challenging and expensive. Today, in the Devising phase agencies tend to focus on their own priorities and processes rather than the needs and perspectives of the people impacted.

During this phase, the agency will usually put out an RFP and start the bidding process in which technology vendors submit proposals to build the project. Not all states use this exact process, but most do. Getting involved at the Contracting phase means you can help shape the system requirements, impact the choices about the design and functionality of the system, and push for best practices to be incorporated into the contract, including testing, piloting, and ongoing audits of the system.

During this phase, the vendor builds the technology. This can include technical testing, input from agency staff, as well as piloting the system to assess its functionality and impacts. At this phase, advocates have identified flaws and bugs in the technology, and helped conduct pilot tests to compare the new tool to the existing systems.

During this phase, the agency is using the technology to administer people’s benefits. This phase can also include revisions to the system which potentially lead to new Contracting and Building phases. This is where the rubber hits the road and the benefits tech can either help or hinder people getting the supports they need. Unfortunately, it can also be one of the hardest phases to make changes to the benefits tech since the agency has already heavily invested in it.